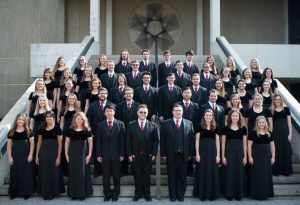 Our choir was established at Texas A&M University in 1971 as the New Tradition Singers. Our membership was the first chorus and student organization that allowed both male and female members. In 1976, the ensemble was renamed to the Texas A&M Century Singers to commemorate Texas A&M’s 100 years of establishment.

Since its inception, Century Singers has stayed true to its purpose of representing Texas A&M to audiences both across the country and internationally. We do so by promoting choral excellence in an institution of higher learning, and offering the university community an opportunity to experience the classical masterpieces of choral literature.

Century Singers takes pride in our historic collaborations. In January 2014, the choir performed in concert with the world-renowned Nordic Choir from Luther College (http://www.luther.edu/music/nordic-choir/). During the spring 2015 semester, the choir worked closely with Ola Gjeilo (http://olagjeilo.com/) to present “Sunrise Mass”. In March of 2016, the choir performed at the legendary Carnegie Hall in New York, NY. In the spring 2020 semester, the Century Singers will be performing under arranger and composer Stacey Gibbs. 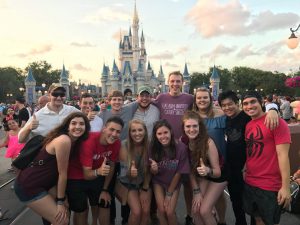 Copyright 2020 • Century Singers | A Tradition of Choral Excellence • All Rights Reserved. • Hosted by Division of Student Affairs Department of IT